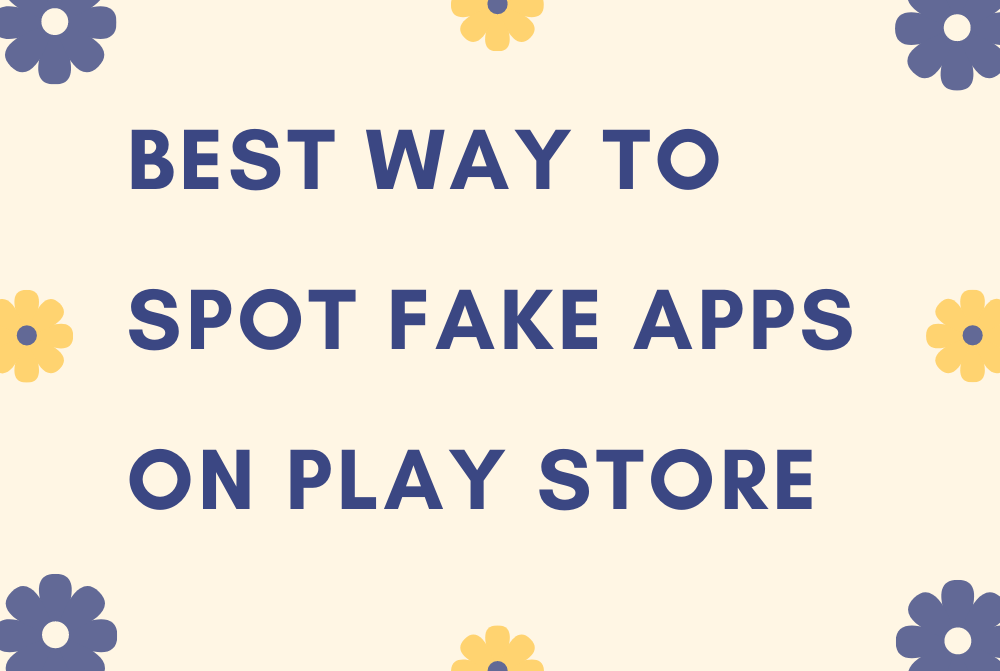 To Spot fake apps is not easier task.Google is taking action from time to time regarding fake apps, there are many of fake apps on the Google Play Store.

Out of all these apps many of these are harmless and make money by showing ads, some are malicious, which not only check at the data, but can also affect your phone.

Mobile Apps are generally very useful. They can make all your tasks easier, but sometimes downloading and apps without thinking can cause harm. This not only damages the device, but at times the damage can be economic cost as well.

Generally speaking, apps on the Google Play Store are considered safe, but there is no absolute guarantee.

For example, people in some international search agency recently discovered malware in a fake app called Flixonline on the Play Store, which is capable of chopping private data and spreading itself via messanger like WhatsApp messages.

Kalpsky has cautioned people against FM Whatsapp. This is a fake app, which works to deliver malware to the device.

There are multiple apps with the same name and icon, most of them may be fake on the android play store.

Fake apps usually try to imitate the original app by copying the name and icon. So always remember while checking the search result.Here are some of the Step to spot fake apps on play store

To see when the app was released, click About the app and scroll to the release date.

To spot Fake apps usually easy as it don’t last long on Play Store. App must be recent release date. These apps have small downloads and less reviews. In comparison, the release date of the actual apps will be older.

By looking at the name of the app and the developers, you can know which app is fake or real. Even the app name and icon are the same, the developer will be different. This is easy to identify a fake developer and important step toward to spot fake apps on play store

However, if you’re having trouble figuring out which one is the original, tap the developer’s name. It give info about all the apps published by the developer along with the users rating.

There are official websites of Facebook, WhatsApp, True caller, and other popular subtitles. So if you can’t find the right app or you can’t see the real and the tricky, then go to its official website and check out the download link.

Other than that, make sure you don’t download the app from a fake or unknown source. If you download the apk from a third party website, then choose reliable ones like apkmitter, apkpier etc. If you are careful while installing you can avoid serious damage.

After looking at the Google Play Store listing, the next thing is a description of the app and screenshots uploaded by the developer.

If you find too many inconsistencies like too many mistakes or even gotta-professionally written descriptions with weird looking screenshots, then you’re probably looking at a fake app!

If an app is popular enough, the number of downloads will also be high. Take for example the WhatsApp Messenger app, it has been installed more than five billion times on the Google Play Store.

For a fake app, this number will be very less, May be in the hundreds or even thousands. You should also check the responses given by the users. If an app isn’t genuine, but claims to be genuine, then read people’s feedback on it carefully.

For example, if a video player or online streaming app asks for access, a camera or microphone, it’s a flag. You can click on the app permissions option to check permissions.

Every year a large number of applications are downloaded worldwide. But if you download the wrong app, it can not only damage your device, but sometimes the damage can be financial. However, before downloading apps, it is difficult to know which app is right and which is not.

If you want to know before downloading false apps or not, you can try these methods.

What to do if the Installed app is fake

If an app has been found on the Google Play Store, which is fake, then in such a situation do not install that app at all.

Second is to report that app to Google by taking the necessary action. To report an app, visit the apps page in the Google Play Store.

Click the three dots in the top right corner and select ‘Flag  Add Wrong’. Select the correct reason (for non-optional apps to choose copycat or impersonate) and submit. Google will review your report and take appropriate action if the app is fake.

You can continue to notify your relatives or friends not to install this app. Some applications can not only steal personal information, but they can also cause financial harm, so avoid them.

If you want to download the APK but are concerned about its validity, it is best to have a trusted anti-malware scanner application before installing it.

However, you can also use mobile security applications such as Malwarebytes, Bitdefender, Quickheal, etc. In otherway , you can also scan it online at the ‘VirusTotal’ website.

Once you have uploaded a file, VirusTotal will scan it into different repositories and check if it is safe or not.

If you install an app you don’t trust, consider blocking the app’s online access, to reduce the risk of your data being stolen and uploaded to the Internet via the Internet.