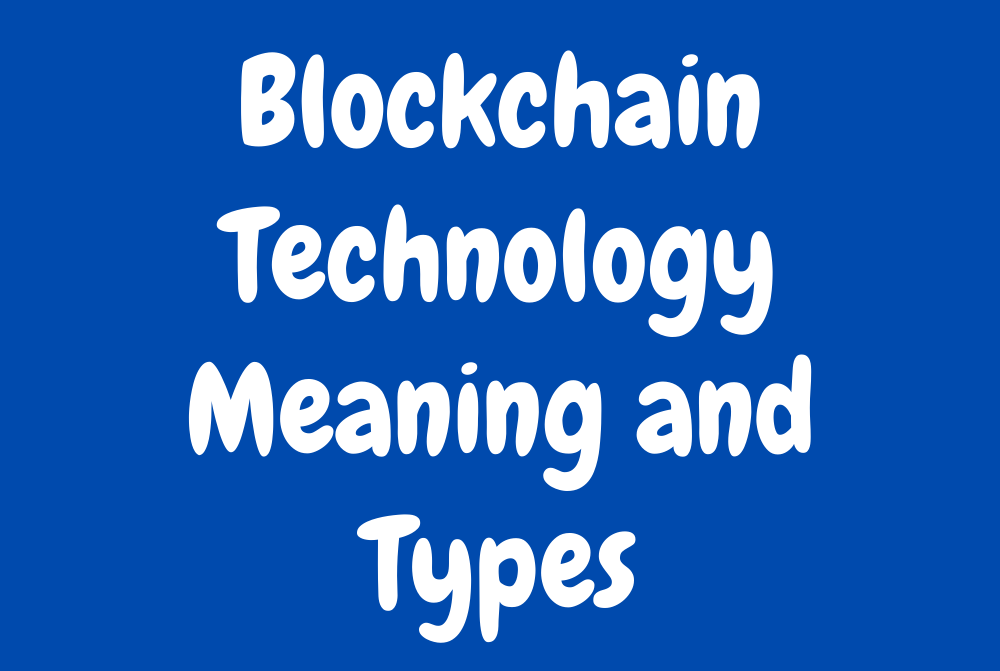 In the World many of the Crypto holder crypto mining and Crypto investment are known less about the same.

Cryptocurrency has been around for some time. Some view it as the currency of the future, while others view it with suspicion. Many Country Leader has also expressed his views on this currency, saying that it must not fall into the wrong hands.

For Example, The Indian government is also going to take it and bring a bill in Parliament. Under this, a framework will be prepared by the Reserve Bank of India for the introduction of India’s official digital currency. It is also being discussed whether all private cryptocurrencies will be banned in the future.

What is blockchain technology?

Blockchain technology meaning is that it is a type of digital ledger storage structure that stores transactions made by an individual or organization across multiple databases at a time.

In blockchain technology, millions of supercomputers are connected to each other through peer-to-peer networks. Which is known as ‘chain’. This type of storage is also called ‘digital ledger’. Each transaction in this account is authorized by the owner’s digital signature.

The owner also certifies the transaction and protects it. The way the information contained in the digital account is very secure and reliable. A network that is shared between multiple computers and stores transaction records based on actual purchases.

The interesting thing about blockchain technology is that anyone can view the data of the stored transaction records but they cannot be manipulated.

The Government, however, has adopted a wait-and-see policy. There is also a possibility that the government may grant some leeway to promote cryptocurrency technology and use, and may consider cryptocurrencies as assets such as gold or bonds rather than currency.

The current situation is that most crypto holders have very limited knowledge about key mining crypto investment and public as well as private blockchain, so let us know in detail about the cryptocurrency technology blockchain behind it and all the important things connected with it.

How many types of blockchain technology are there and which ones?

Private blockchain technology meaning that it is a kind of central as well as centralized type of network. It is made by a specific group as well as for a limited number of members and all the computers or nodes connected in this type of network are given a certain type of permission and limitation and their function is controlled accordingly.

This type of network requires a certain type of permission from a computer or node already connected, but a private blockchain is considered less secure than a public blockchain. Ripple and HyperLeder are examples of private blockchains.

How secure is blockchain technology?

Any transaction in a blockchain has to be agreed upon by all the nodes of the entire network i.e. all the computers connected in one network, only then the transaction will be considered valid.

Not even a single computer connected to the network can tell whether a transaction has taken place or not, all the computers have to agree to the transaction.

To hack blockchain technology, you need to hack not just one system like the other network but the whole system of the whole network. Which is almost impossible for hackers.

So hacking is not an easy in the Blockchain technology. Almost all the available computing resources of blockchain technology are very high confirmation. Because not one computer but millions of computers are connected in the network here.

How does blockchain technology work?

There is no denying that it could be messed up or modified by others, but here’s a look at what would happen if blockchain technology was applied.

When a member of a Co-operative Housing Society makes a deposit, it will be digitally entered and then the digital entry is stored in a ledger in the form of a blog, and whenever a new entry is made, the note will be delivered to all members by e-mail or message notification.

It is difficult and impossible to change or modify an entry once it has been entered. Thus new and old blocks will be saved in all computers forever. As a result, transactions are made directly without any intermediaries.

When a digital point is transferred from a single computer, its information reaches all the computers connected to the network and is then verified by all the computers. Once analyzed, it is encoded by cryptography technology and saved through a block, and in this way many blocks are grouped together to form a public ledger, a blockchain.