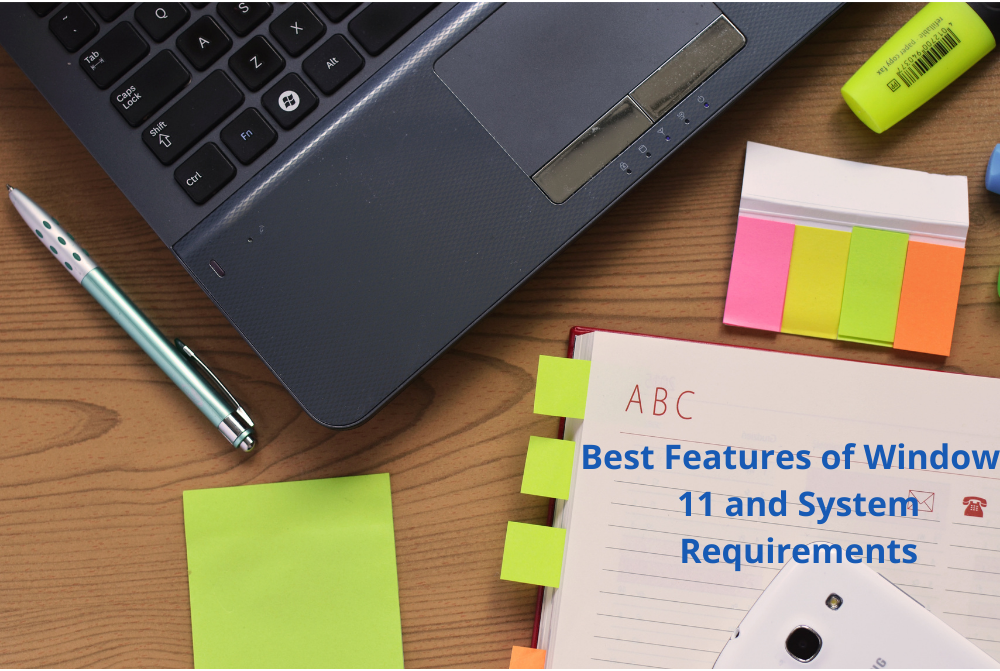 If you are Searching for Features of Windows 11 then you are at right place as Microsoft has already announced that Windows 11 updates will start rolling out from October 5.Now this wait for Window 11 is about to end.

Microsoft is already released this new operating system. Windows 11 is released in a phased manner from October 5.

Also, while trying to update Windows 11, stay away from Windows 11 Alpha as well, as it can allow hackers to spread malware on your system.

Windows 10 users can update it for free. Apart from this, Windows 7 and Windows 8.1 users will also upgrade. For this Lenovo already released the FAQ page for their users.

Windows 7 and Windows 8.1 users will have to perform a clean install, which will require complete formatting of the system drive, if they meet the hardware requirements.

Microsoft has confirmed in a blog post that this update from October and will run till the middle of 2022.

What are the New features of Windows 11

Microsoft Windows 11 will see a lot of changes. In this, Change in the  settings are clearly visible etc. along with the new desktop features of windows 11.Below are the other features of Windows 11

User Interface Changes in desktop: In Microsoft Windows 11 User’s interface has change a lot. Usually, in earlier operating systems, the taskbar is located on the bottom left, which will appear at the end of the taskbar icon center. You can notice the change in the design of apps too.

First changes start with Start Menu. This menu has been redesigned. As here the Start Menu is not connected to the taskbar in the new features of window 11.

Settings New UI features of the users have been taken care of in the new operating system. The Revamped Action Center has been make it easier for users to access the settings.

Now You can do switch over to Wi-Fi, Bluetooth, Battery Saver, Focus Assist and other key settings. You will Get here new Snap Layout feature.

Microsoft Teams Integration: Teams gets a facelift in the new operating system and can be accessed directly on the Windows 11 taskbarIntegrated, which will make it easy to access.

Microsoft Store: Android Apps can be installed from within Windows 11 New Microsoft Store via Amazon Appstore will be able However, Android app support will not be part of the first release of Features of Windows 11 in October.

Virtual Support on Desktop : Like macOS, Windows 11 will allow you to set up a virtual desktop. You can  toggle multiple desktops like school, gaming, Personal and work etc.

Widgets: The use of widgets has started increasing significantly. Desktop Widget has already started with Windows Vista.

You can access widgets directly from the taskbar. Also, you can do personalize it according to your own as this features of windows 11 is best of use.

Whether the system is eligible for update or not, you can check it with Microsoft’s PC Health Check app. You can also check it through the app.

How to Download and Install Windows 11 on Your System

If your PC-Laptop meets Windows 11 hardware requirements, you can upgrade it. Easy to update. First you have to go to Windows Update Settings. Please click on to the ‘Check for Updates’ button.

If the update is downloaded to your PC-Laptop, the ‘Update Available’ option will appear. Connect your PC / Laptop to Wi-Fi and download the update. Once downloaded, Microsoft will ask if it can install and launch a new operating system.

As you know Software installation may take some time. It is best to install if you do not have a function on the PC

The PC cannot be used during installation. After the program is started, you will be able to run Windows 11.

Other Operating Sytem of PC’s

If you have Windows On your old PC or laptop, there are many other options available to you similar to the all about features of window 11 you can also see the other features on all other operating system.

As Alternate to Window you can use Linux Mint. This is a free operating system. Linux Mint will give protection against hacking and viruses. However, here you will not be able to run Windows Apta directly.

However, now many companies are also developing Linux based apps, which will not allow your work to be affected.

Linux has the open source platform that allow user to modify and customize system requirement according to their needs.Though linux is more secure than it compatriot window .

Linux has provide more strong protection for virus than windows.Also you can see that it is easier to install and also faster then window.

Also in Linux no reboot of system need than that of Microsoft window.it allow multitask to users and it also not collect data from users for it system.

FreeBSD can also be a good alternative to Windows operating system. The good thing is that here also you will get good features related to performance, security. It is Very easy to install on PC etc.

FreeBSD is clean and have best alternative to unix platform.It uses it own firewall system that is more proective then Linux and other operating system.

BSD fast reboot then linux . You can see that there are lot of tools that are common are free to use in the BSD.

In the BSD the filesystem is older and lack of cutomer support than other operating system.

Hope above System requirements and new features of windows 11 will help you to understand about new operating system.